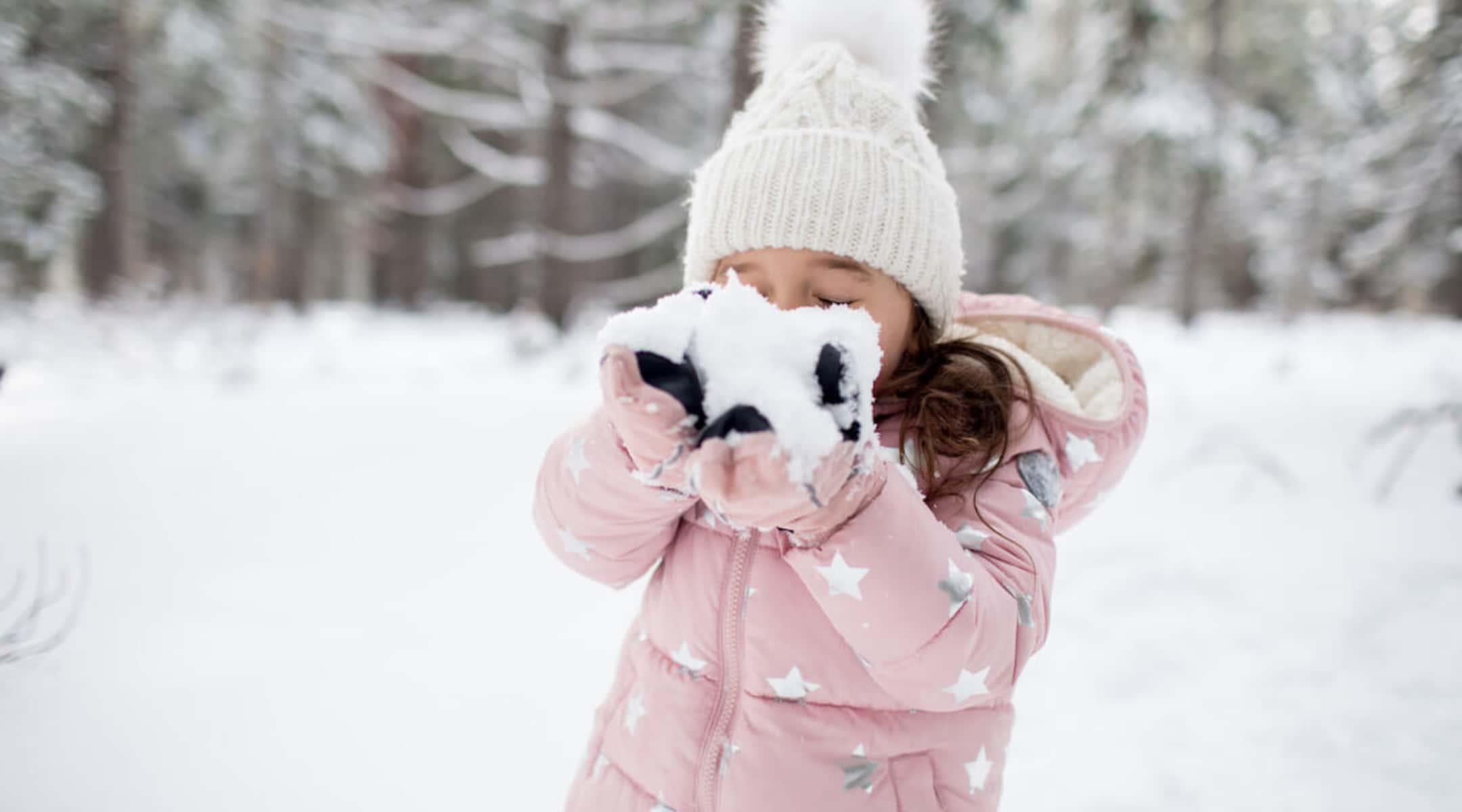 What is the Debt Snowball Method? And is It Better than the Debt Avalanche Method?

If the debt avalanche method saves the most money, doesn’t that inherently make it the better method? Not necessarily; read on to find out why.

What Is the Debt Snowball Method?

The debt snowball method involves paying the minimums on all your debts except one. This one debt will be your focus debt. With the snowball method, the focus debt will always be the debt with the lowest remaining balance, regardless of interest rate.

By paying off debt this way, you are sacrificing a bit of efficiency in terms of how much money you could be saving by paying your debt down. However, the psychological aspect of paying down the debt plays a huge part in why you would choose this method.

Let’s show an example using some debts the everyday person deals with on a day-to-day basis:

Now using the debt snowball method, we will organize these debts by their balance only. We are going to discard the interest rate. Using this method, we don’t necessarily care about the interest rates because they aren’t what our focus debt is contingent upon.

Instead, your focus debt is contingent upon the overall balance of the debt. With that being said, the order we should be paying off the debt should look like this:

Using the above example, let’s say that after paying for all other expenses: food, utilities, etc., you are left with $500 extra a month. You decide to throw this extra cash at your debt. With the snowball method, we would continue to pay the minimums on all our debts except the one with the smallest balance, which in this example is the medical bill. So, in addition to paying the minimum, we’d pay the extra $500, effectively knocking out the entire balance in a month.

Thirteen months may sound like a long time. But if we continued to only pay the minimums towards your student loans, it would take nearly six years to pay off just the student loans. Using the snowball method, you’ve managed to knock out $10,600 of debt in just 14 months.

Let’s play out the rest of the example:

Using this method and this example, we paid off $191,600 of debt in under nine years. What’s crazier that this isn’t actually accurate. In our example, the only thing we tracked month after month was the focus debt.

So while this example does a great job highlighting the power of the snowball method through compounding your debt crushing funds, in reality, the minimum payments you were making on all your other debts would have been continuously bringing down the overall balances the entire time.

Also, in those nine years, there’s a good chance you get a raise from your job or perhaps decided to earn more money through a side hustle to increase the amount of money you could dedicate to eliminating the debt. So, in reality, this 9-year time span should be even faster. Ahhh, the power of compounding!

What Is the Debt Avalanche Method?

The debt avalanche method is actually very similar to the debt snowball method and may be the most powerful tool to get you out of debt as quickly and as efficiently as possible.

In this method, you will do everything exactly the same as we did in the snowball method. However, our focus debt won’t be based on the remaining balance like in the previous example; rather, it will be based on the interest rate.

Using the previous example again, the order in which you pay off the debt would look like this:

Now by paying off your highest interest rate first, you will not only save more money but depending on how many debts you have, you will possibly get out of debt even faster than with the snowball method.

Let’s look at a simpler example this time. Let’s say you have three credit cards with different balances and interest rates:

Let’s say after all of your other expenses are paid, you’re able to throw an extra $100 at your debt every month. Using the debt avalanche method, Credit Card B would be our focus debt because it has the highest interest rate. The minimum payment on Credit Card B is $547 plus the $100 we’ve set aside to help tackle our debt.

Is the Debt Avalanche Method Better?

It depends on your money temperament. The debt avalanche method is a great strategy if you are a math-oriented person who is also disciplined enough to stick to something over a long period, potentially without seeing any sort of reward for the majority of that time.

If you’re someone who can remain motivated without seeing much initial change, then yes, the debt avalanche method may be perfect for you. Using this method will allow you to save the most money while getting you out of debt the fastest. And isn’t that the goal here?

But, with that being said, most people in debt don’t fall into this camp. While many people may start with the avalanche method, most fail due to a tapering of motivation. Even if you are the math-centered person we mentioned above, not seeing any real progress in your debt elimination journey can be—and is—disheartening. That’s where the debt snowball comes into play, and why it’s so effective.

Is the Debt Snowball Method Better?

Likewise, the debt snowball method may not be for everyone. Millions of people have learned that getting out of debt can be difficult. It takes commitment to a strategy, a lifestyle change, and the overall goal of being debt-free. What’s wonderful about FIRE, is you can add a few new goals; becoming financially literate, retiring early, relieving stress, setting up future generations and even friends and family with a better future! You may feel behind starting with digging out of the debt hole, but just know that’s where so many people start and that’s ok! We had student loan debt when we started our FIRE journey. Now, we are a few short years away from our FI date. Like I said, the power of compounding!

Most people will find it difficult, if not impossible, to maintain their motivation to stick to the debt avalanche method amid any other changes they’ve made to jumpstart their debt-free journey.

This is why the debt snowball method truly shines in most people’s eyes. Even though math doesn’t lie, the real truth of the matter is watching your debt stay there day after day is hard. The snowball method solves this problem; in fact, that is the method’s greatest strength.

Why Is the Debt Snowball Method So Effective?

The debt snowball method is great because it keeps participants motivated. If a participant of the method can physically see the debt falling off and feel that weight being lifted, they are more likely to remain committed to the process. Sometimes you need to see the muscles growing, that’s why gyms are filled wall to wall with mirror’s, right?

While neither method is easy, keeping participants engaged throughout the process is why the debt snowball method is more widely adopted over its counterpart.

Other Methods to Get Rid of Debt

The debt snowball method and debt avalanche method aren’t the only ways you can start to tackle your debt; there are a few other strategies you have at your disposal.

While the following methods may not be as ideal as the snowball or avalanche methods, they may be your only option.

This strategy allows you to combine multiple debts into one line of credit or loan. Not only does this make keeping track of your finances easier, but it can more than likely lower the overall interest rate that you will owe. There are two popular ways to do this:

Warning: Both of the above options might hurt your credit score in the short term but can be great for your score in the long term if you are actively paying down these new lines of credit.

Debt settlement is a negotiation between you and your creditors. Your creditors would rather have some money than none, and if it looks like you aren’t going to be able to pay your debt in full, this might be an option to consider.

It involves saving up a lump sum of money and contacting each of your creditors. You will let each creditor know how much you’re willing to pay to settle your debt (start with a number substantially lower than your balance). There will be a negotiation process and some back and forth, but in the end, you could end up settling your debt at a substantial discount, sometimes as much as 50%.

This is usually seen as a last resort as the process itself can be expensive. While you can represent yourself, it’s best to seek the aid of an attorney. Using this method will require you to supply your attorney with appropriate documentation of all your assets and liabilities (debts). There are also several types of bankruptcy, but the two that apply here are as follows:

Whatever method gets you to pay off that debt and allows you to stick to your plan, that’s the better method. Many people who have found themselves in debt can’t play the waiting game that the debt avalanche method can feel like, while others can’t stand being inefficient when knocking out their debt via the snowball method. What we love about the FIRE framework is, it helps you define your “enough” and helps you see the power of compounding, which can be the motivation some have been lacking to stay focused on their money goals. When you have a better understanding of the consequences of your money actions, you’re less likely to make self depreciating decisions!