Director’s Take: Why I Made a Documentary About FIRE

I try to imagine the long term consequences on our societies and on our environment from people taking charge of their own lives, freed to bring positive change. What happens when 10 million more millionaires are free to dedicate their creative efforts to improving our world? 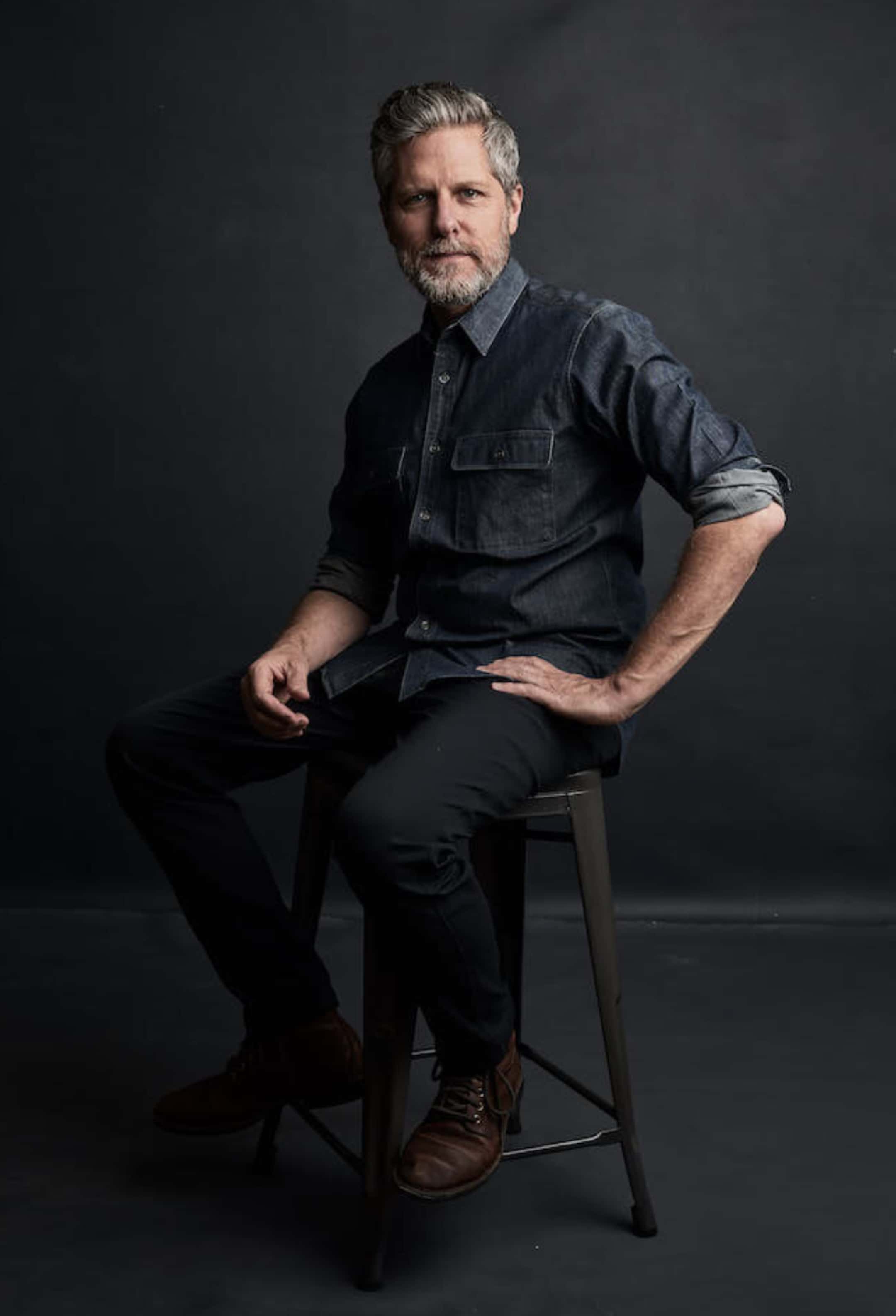 About 10 years ago my father passed away from Lou Gehrig’s disease (ALS). In many ways, that was a turning point for me.

Losing a loved one is hard but it can also be accompanied by profound insight about the path we find ourselves on. For me, two pressing questions arose:

The question of the role of money was made urgent for me by my own financial status at the time. I always wanted to live the “artistic life,” and for most of my life I did just that: pursuing a career as a performer. Like most actors I was good at being broke. And in debt.

By the time my dad died, I was still carrying $40,000 in student loan (at 9% interest!), and a few thousand dollars on credit cards. I had what I call “the lottery mentality” i.e. some day I’d hit it big and would wake up magically rich. But clearly things weren’t quite working out the way I had hoped.

My dad was a math teacher (apparently his talents didn’t rub off on me), and so the bulk of his net worth went to my mom in the form of his pension. But being a careful person around money he also managed to save $150,000 besides, tucked away in a Vanguard fund, which became the basis of my inheritance. After splitting the account with my sister, I paid her half of the value of my dad’s 2005 Honda Civic ($6,500) and cleared my debts once and for all. For the first time in my life I was financially in the black.

But I panicked, because I knew next to nothing about personal finance–let alone investing–and I was already 40 years old. For the first time ever I ran a retirement calculator, only to see clearly I would be eating cat food in my old age. I knew I’d have to get educated about money or be a victim of my own ignorance forever.

A couple of years of bumbling around with complicated investment books left me tired and all the more confused until I came across both Early Retirement Extreme and MrMoneyMustache.com. Jacob’s incredible story was easy for me to relate to since I had lived austerely during many periods of my life. And MMM’s blog painted a picture of hope as The Shockingly Simple Math Behind Early Retirement was, well, shockingly simple.

But was it too late for me to start at the age of 42?  Well they say that the best time to plant a tree was 20 years ago and that the second best time is now. So I got started on The Path.

At the time I was only spending about $30,000/yr living in Los Angeles, which meant I’d “only” need to save a cool million (plus inflation) to reach FI. Since my career as television producer was starting to pick up, that seemed doable over the next 25 years if I was careful. So I promised myself that I’d keep my spending level at the same level no matter how much I made going forward.

And that’s exactly what I did. Over the years my salary increased steadily but I kept my spending under control and so my % savings rate rose right along with it. Within a few years, I was saving 50% of my after-tax income.

Fast forward to 2015 when I saw MMM, MadFientist, JLCollinsNH and GoCurryCracker would be hosting a chataqua in Ecuador. Something about a bunch of financial bloggers meeting in Ecuador to discuss investing seemed odd to me until I noticed a day of community service on the agenda. These people were clearly up to more than just getting rich, so I went for it. And, like many people who’ve drunk the FI Kool Aid, my life changed forever.

Here was a group of incredibly thoughtful, intelligent individuals, remarkably generous with their knowledge and time, and all questioning the standard narrative of “buy until you die.” It was clear what they were focusing on had the power to do way more than save me from a miserably poor old age. It had the power to save millions of people from the clutches of a consumer-driven, financially unconscious society.

A couple months after I got home I kept asking myself if I myself had anything to contribute to the conversation. A math lover I was not, nor an investing guru. The blogs were already fantastic. But I knew how to make films & TV, so I decided to make that my contribution.

My goal was to make a film that would reach a broad audience. To reach the parts that blogs alone can not reach. To reach people who don’t know The Path to financial freedom. I sent the four leaders in Ecuador an email asking if they would participate in a film and they all said yes.Then, as often happens to the non-early retired, my day job got in the way. It’s a good job and I enjoy it but it’s demanding and often consumes all my time.

Making independent films is no joke in terms of time and raising money.  I managed to eek out some time on the side and eventually I got all the experts lined up for interviews along with a clear vision for how the the film should play out. But I lacked a central human driver for the narrative, which would require real effort in terms of research. My job kept encroaching on my free time, and finding that central story became more and more elusive. I started thinking it was just too ambitious a dream and that I’d have to give up.

But then I heard a guy named Scott Rieckens on the ChooseFI podcast. Scott had started filming himself and his wife on the first year on their journey to financial independence, and their story of wanting to give up a spendthrift lifestyle in a high cost of living area sounded like the answers to my prayers. I immediately reached out to him and we ended up forming the perfect partnership. That meeting launched what has now become an 18 month long journey to finish Playing with FIRE which is not only the first film about FIRE but also, I believe, the first documentary about personal finance!

Creating a compelling film takes enormous resources of time, energy, and money. We called in favors wherever possible to offset the hard costs, but we still had to pay for equipment and hire the core crew: camera & sound operators, editors, graphic artists, etc.

The Rieckens family, the FI bloggers and other wonderful people featured in the film all gave their time for free. Scott and I worked entirely pro bono throughout. A successful Kickstarter campaign helped massively thanks to the core FIRE community (and especially the efforts of ChooseFI in promoting it), covering the primary editing and finishing costs–about $100,000. But that amount only covered about a third of the total costs, the rest of which was financed through private investment.

We figure we’ll need to sell about 30,000 copies of the film in order to pay back the investment. Of course it would be nice to see some kind of modest surplus for our efforts, but our hope in making the film has never been to make a fortune. Our goal is to change lives by starting a conversation most are unwilling to have, and drive new readers to the incredible body of work already available in books, blogs, and podcasts.

The FI community has already begun to rally around the film. We recently had a private screening with about 100 attendees at Mr. Money Mustache’s HQ in Longmont, Colorado, and the reception couldn’t have been more positive. This is a huge milestone for us, since having the community’s blessing feels important to me.

Having said that, I’ve said from the start that my intention in making the film wasn’t to preach to the choir. Instead, the goal is to connect with the general population in the way I know best: popular entertainment. I’ve already seen two important trends in those watching the film who’ve never heard of FIRE before. First, an awkward interest as the taboo around money is broken before their eyes. Then, a genuine sense of relief to be able to talk about personal finance openly, accompanied by a feeling that it really is possible to move in a positive direction outside the standard wage-slavery narrative.

I’ve also seen the film’s power to change lives even before the final cut ever landed. Each of the crew working on Playing with FIRE was exposed to FIRE for the first time and most had never had any significant discussion around personal finance generally. But once exposed every single person working on the film immediately adjusted their orientation around money!

Hearing one interview, our sound man paid off the balance of his student loans when he suddenly understood the money he had in savings was being eaten away by the interest on the loans. After watching the film for the first time, our color artist went home to have a three hour long conversation with his wife about what they value in life, prompting them to make a household budget for the first time and begin directing resources away from expensive handbags and towards what matters. Stories like these happened again and again in the making of the film.

Going forward our distribution plan will focus on the grassroots, first hitting the core community with a limited screening tour to raise awareness, followed by a direct-to-consumer offering which will allow us to speak directly to the audience without the message being distorted by “gatekeepers”.

Along the way we hope to get attention from the mainstream press, which should help land us on outlets like Netflix and/or terrestrial broadcasting. But since the FI movement was born out of a quiet grassroots rebellion, I would like to see the film follow a similar path before transferring over into mainstream consciousness where we then hope to invoke real, massive change.

I am sincerely grateful to the FI movement which has already changed my own life, and I am beyond excited to see what happens when another million people –or ten million or one hundred million — are freed from keeping up with The Joneses and debt-based slavery.

I try to imagine the long term consequences on our societies and on our environment from people taking charge of their own lives, freed to bring positive change. What happens when 10 million more millionaires are free to dedicate their creative efforts to improving our world?

I don’t know…but I can imagine the possibilities.